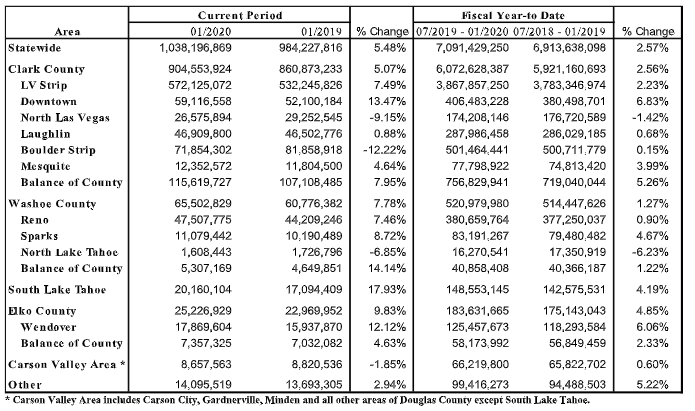 In Southern Nevada, Downtown led the way with a 13.47% increase in gaming win, with the Strip also posting strong 7.49% gains. North Las Vegas and the Boulder Strip, meanwhile, posted moderate contractions. For the fiscal year to date, all areas except North Las Vegas have seen growth, with Downtown again at the head of the pack.

Up North, South Lake Tahoe posted the strongest increase at 17.93% with solid gains across the region. The only exception is North Lake Tahoe, which has losses of more than 6% for January and the fiscal year to date.