Our recent post on the U-6 vs. official/headline U-3 unemployment rates was intended to add depth to the data, but there are more ways than one to skin the context cat.

For example, Nevada’s job recovery has been uneven when viewed through the lens of how how different ethnic, age and gender groups have benefited. The chart below shows the official 2013 U-3 jobless rate for Nevadans by age group. 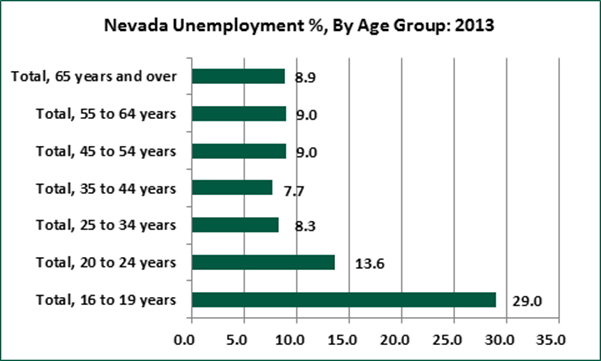 Likewise, the chart below shows significant variances in jobless rates between ethic groups. 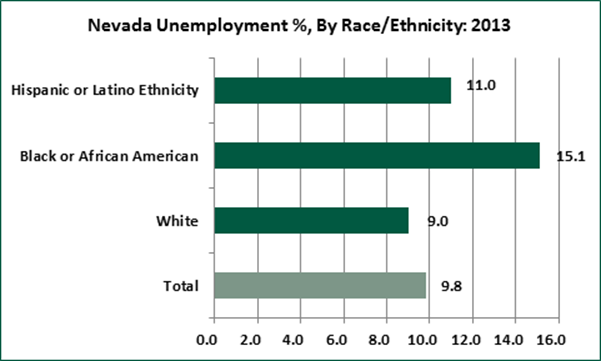 The overall U-6 rate for Nevada, which includes discouraged and forced part-time workers, was 18.1% at the end of 2013 compared to the headline rate of 9.8%.

What then would be the U-6 rate for groups included in these charts? The Bureau of Labor Statistics doesn’t provide demographic jobless data by state, but it’s safe to assume the U-6 rate is much higher than U-3.

Source for all data: Bureau of Labor Statistics